“The theatre of kindness and friendship” is a joint program of ARDI "Light" and MU "Youth Center" Department of Youth of the city administration and the City Palace of Culture. The theater has been working since 1998. It is a unique theater in Russia, which involved 40 children and young people with intellectual and physical disabilities. The theater has performed more than 250 times with different productions in the cities of Vladimir region and Russia.

The first musical-theatrical performance "Boldly Buzzing Fly" was performed in 1998 in the municipal camp "Icarus", where children with disabilities were living with their healthy peers together. There is a repertoire of 10 plays in the theatre: "Boldly Buzzing Fly," "The Circus has arrived!", "The Tale of the little mouse," "Puss in Boots", "Pinocchio”,  “Funny Pictures of rural life", "fun fair", " The Bremen Town Musicians, "" Fly Boldly Buzzing 10 years later, "and musical-theatrical performance dedicated to the 10th anniversary of the theater.

“The theatre of kindness and friendship” was awarded: diplomas of Vladimir region administration, the administration of the city of Vladimir, grant the third degree in the competition of creative projects "the development of the artistic creativity of “Youth of Russia " program" in 2001. The theater won the federal contest of social projects "Social Forum 2004" "Help those whose life is difficult," the theatre participated in the International Festival of the integrated "World of Equal Opportunities" in. Perm in June 2007. 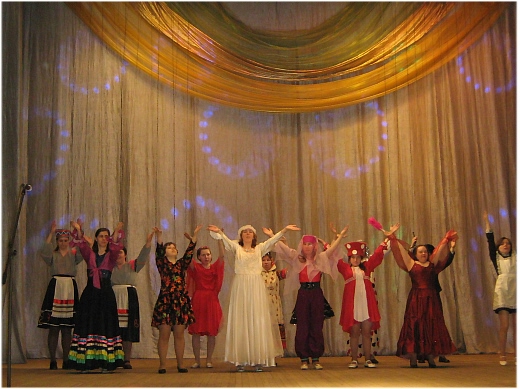 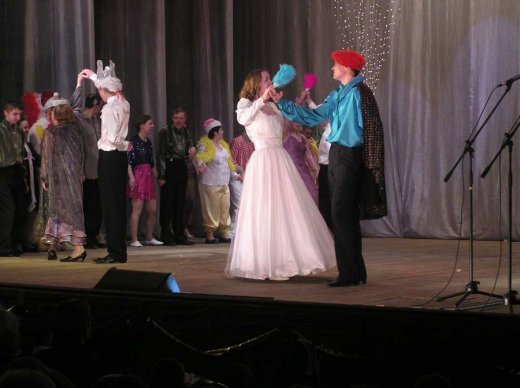